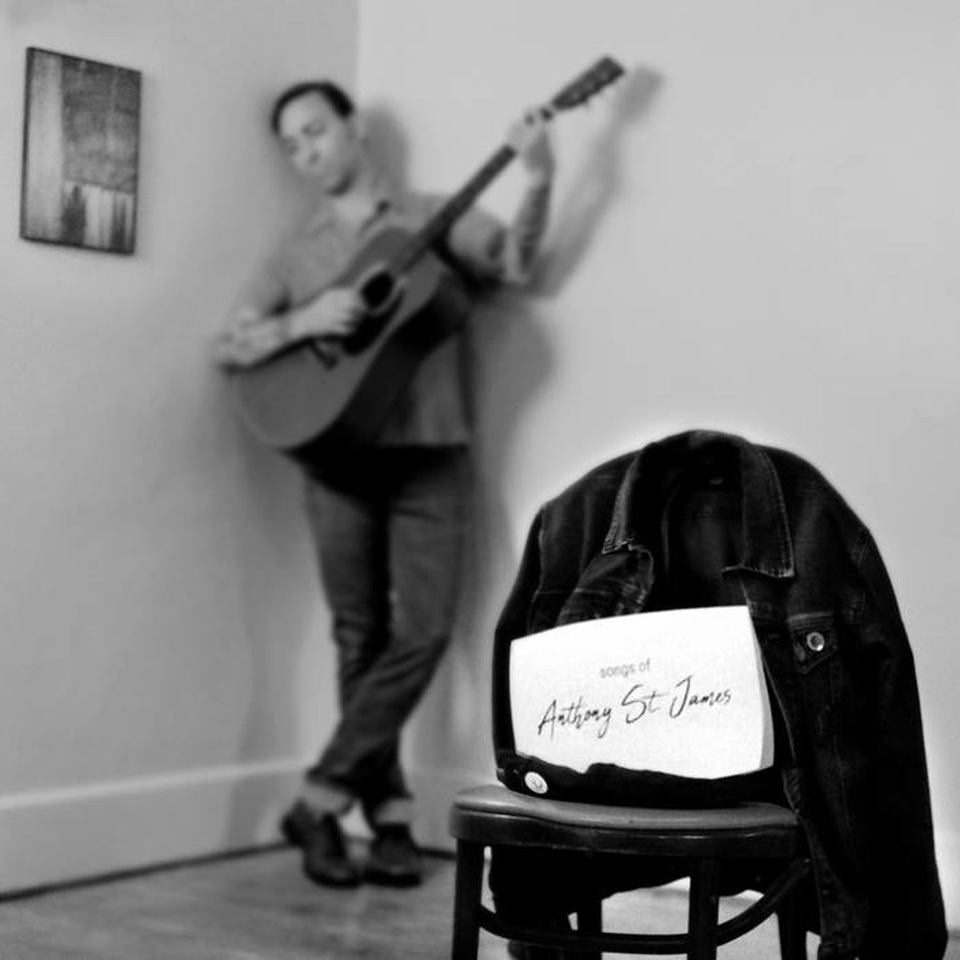 For his debut album, Anthony St. James constructed a studio space in his dim, uncomfortable basement and brought only the essentials: string lights, bourbon, some beat-up guitars and, perhaps most important, a declined invitation to his 20 year high school reunion.

“Adolescence, early 20’s… I think those years are tough even under the best of circumstances. I wanted to tell some honest stories about the friends and company I kept in those days, who lived them under some of the worst circumstances.”

With a title that nods to Leonard Cohen and working-class poetry celebrating the lonely, desperate, and the down-but-not-quite-out, his debut album ‘Songs of Anthony St. James’ is the sound of a sympathetic troubadour serenading lost souls in a dark bar with their own ghost stories.

These are hard luck tales, but there are glimmers of hope in the heartbreak, and even the bleakest moments are uplifted by being played in major keys. You’ll hear hints of Springsteen’s Americana, early Tom Waits and a ‘Workers Playtime’ Billy Bragg, but the sounds & stories on ‘Songs of Anthony St. James’ are all his own.