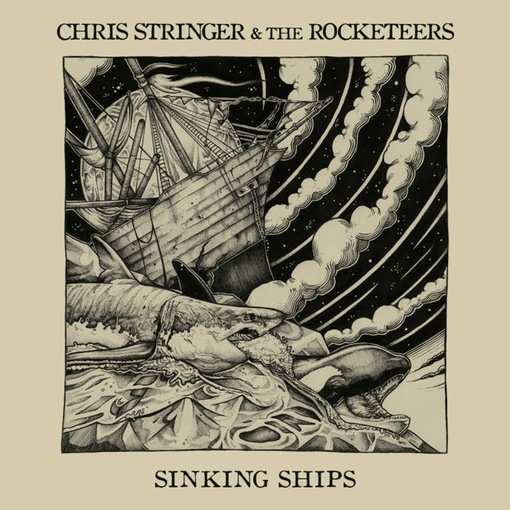 ‘Sinking Ships’ is Chris Stringer’s third release as a member of the Crotalus family, and first proper studio effort. Backed by the same trio of Rocketeers that expanded his sound on the ‘Stringer Things: Live in Manchester’ album, Chris makes the wait worth it with seven tracks of emotional, evocative indie rock that pack a punch right to the heart.

The band adds real depth and energy to songs already standing on confident foundations. The guitar & piano interplay during the breakdown in “Professional” is a thing of beauty, while the rhythm section drives the title track with a steady, urgent pace.

However, Chris’ most valuable asset is still his voice, and it’s displayed beautifully on each & every track. Try not to get chills during his soft falsetto as he comes to grips with anxiety in “Bones.” Try not to gasp out loud when he passionately cries “I’m out of my head” just after the first chorus in “Running the Red.” You’ll hear the pain, joy & wonder in every note he sings, and the band brings it all to life without ever compromising his vision.

“The Bridge” closes the album with a pensive organ, softly strummed guitar and pleading vocal before exploding into a burst of Rival Schools-inspired instrumental vigor. Exhilarating conclusion or sign of things to come? While we ponder the answer to that question, there’s no better place to be than aboard ‘Sinking Ships.’