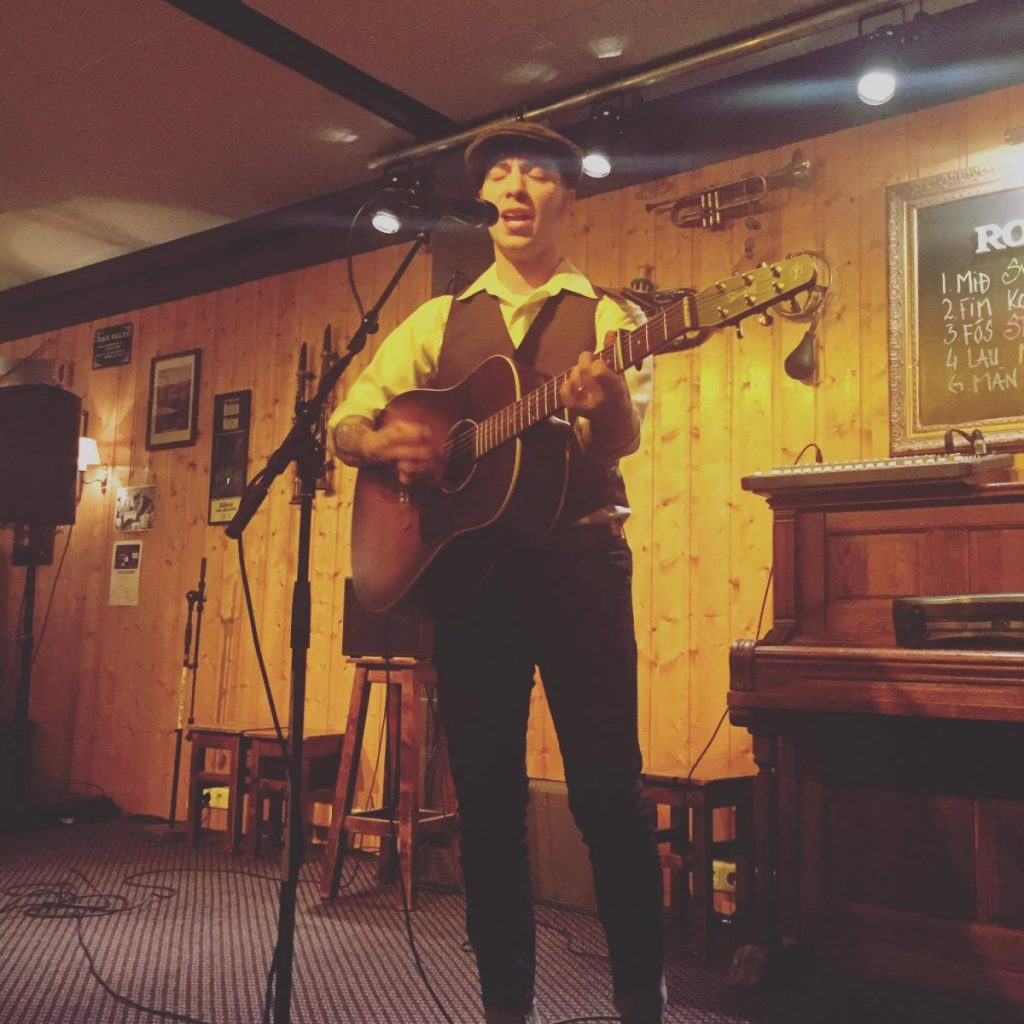 Anthony St. James writes soulful story songs and folk ballads with the vibe of a worn acoustic guitar rescued from the floor of CBGB’s, backing a sympathetic voice filtered through the warmth of 1960’s soul records.

By the age of 14 he was fully immersed in the only three records from his father’s collection that mattered to him: Springsteen’s Born to Run, the Ramones’ eponymous debut and the Good Morning Vietnam soundtrack. Over 20 years later, he still draws primarily from those earliest influences, crafting songs that celebrate the lives of the lonely, lovelorn & desperate, the hopeful and the down-but-not-quite-out.

His poetic storytelling style has earned him comparisons to Springsteen, Tom Waits, Kathleen Edwards and Justin Townes Earle. Since 2008 he’s performed in cafes, clubs, bars, theaters, festivals, book stores, record shops and radio stations throughout the US & Canada. In 2015 he caught the ear of Oystermouth Radio in Swansea, Wales and was invited to co-headline his first tour abroad throughout the UK & Ireland, performing in legendary venues including the Castle Hotel (Manchester) and Bruxelles (Dublin). In 2017 he performed a two night residency in Reykjavik, Iceland where he shared the stage with two of the country’s most acclaimed troubadours, Svavar Knutur and Sveinn Gudmundsson.

He’s currently recording his debut album, due out in 2021.